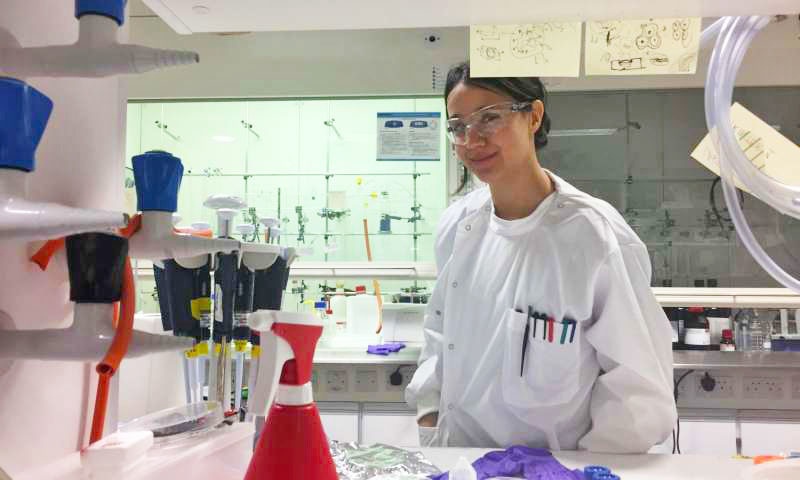 Scientists have been trying to replace retinas in otherwise healthy eyes to help people suffering from diseases like retinitis pigmentosa. Unfortunately, earlier efforts were only able to use rigid, hard materials, which are very different from the natural retina. A researcher at Oxford University, however, has created a synthetic retina made of biological materials to better match natural human tissues. The study, titled “Light-Patterned Current Generation in a Droplet Bilayer Array” was published this April in Scientific Reports.

Your retina sits at the back of your eye collecting light and converting them to electrical signals for your brain. The research, led by 24-year-old Vanessa Restrepo-Schild, uses a retina made of soft water droplets called hydrogels and biological cell membrane proteins. These cells act like pixels to detect light and create a gray scale image. It can then generate electrical signals to stimulate the neurons at the back of your eye just like a natural retina does. The artificial tissues don’t contain anything other than natural, biodegradable materials, making it less likely that recipients’ bodies will reject the implant. It’s also far less invasive than devices that reproduce the system mechanically.

While the new synthetic retina has only been tested in the laboratory, Restrepo-Schild hopes to continue her research to explore its potential with living tissues. That may still be a ways off, but it could surely become a more viable way than other efforts to restore sight to people with retinal issues.