When the cameras soared across NBC’s ice palace of a set and settled on that familiar face, it was the veteran broadcaster’s unfamiliar appearance that had people talking last night. “Bear with me for a moment as I spare my friends in the press office countless inquiries. I have no choice to go all Peabody and Sherman on you for the next couple of nights since I woke up this morning with my left eye swollen shut and just about as red as the old Soviet flag. According to the NBC doctors here, it’s some kind of minor infection which should resolve itself by the weekend. If only all my issues would resolve themselves that quickly, but that’s another story.”

Let’s forego the medical niceties: pink eye is a sticky mess in your eyes – and it can hurt, too. If you have kids, you probably know it all too well because it spreads like the common cold. It is, after all, the most common eye infection in the country. The proper name for this improper condition is conjunctivitis. 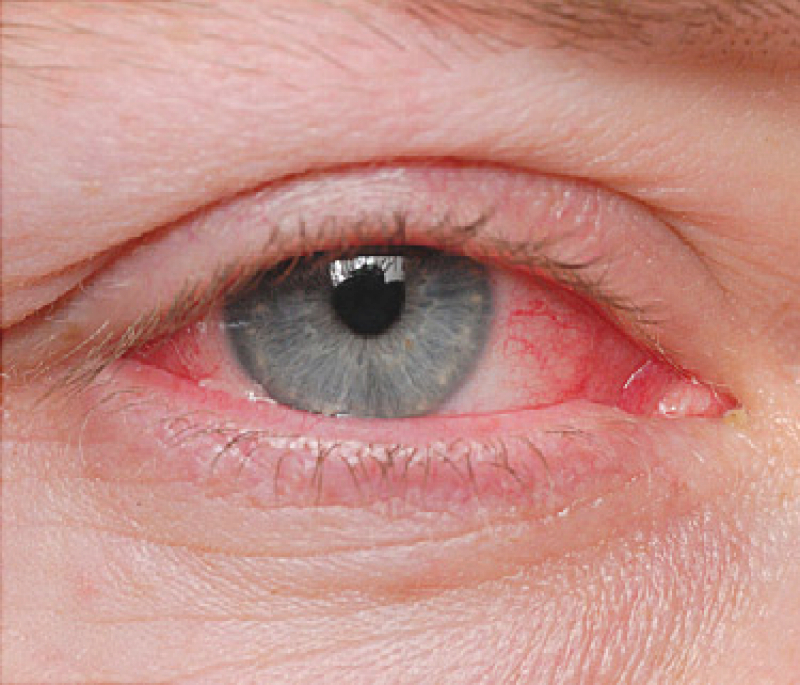 Pink eye is an infection of the part of the eye called the conjunctiva. That’s the clear membrane that coats under your eyelids and the whites of your eyes. Conjunctivitis can hit one or both eyes, and brings with it the telltale symptoms ranging from redness and itching to downright pain. And, with the bacterial kind, you get that stuff that seems to glue your eyes shut come morning. As with most maladies, bacteria, viruses or allergies are the cause. The trouble is how contagious pink eye is. If it hits one person in the family, it’s likely to make its rounds to all family members.

Here’s a rundown of the key symptoms and differences of the various forms.

Bacterial. It’s the most common type and jumps from one person to another in a snap. The symptoms? Redness and itching and the sticky eyes that form at night, crusting over and keeping your eyelids stuck together by morning. Antibiotics can treat it.

Viral. Any number of viruses can cause it. Redness and itching are typical symptoms, as is the watery, clear discharge from the eye. Like the bacterial type, it’s contagious. Don’t bother with antibiotics. As with all viruses, they’re useless against viral conjunctivitis.